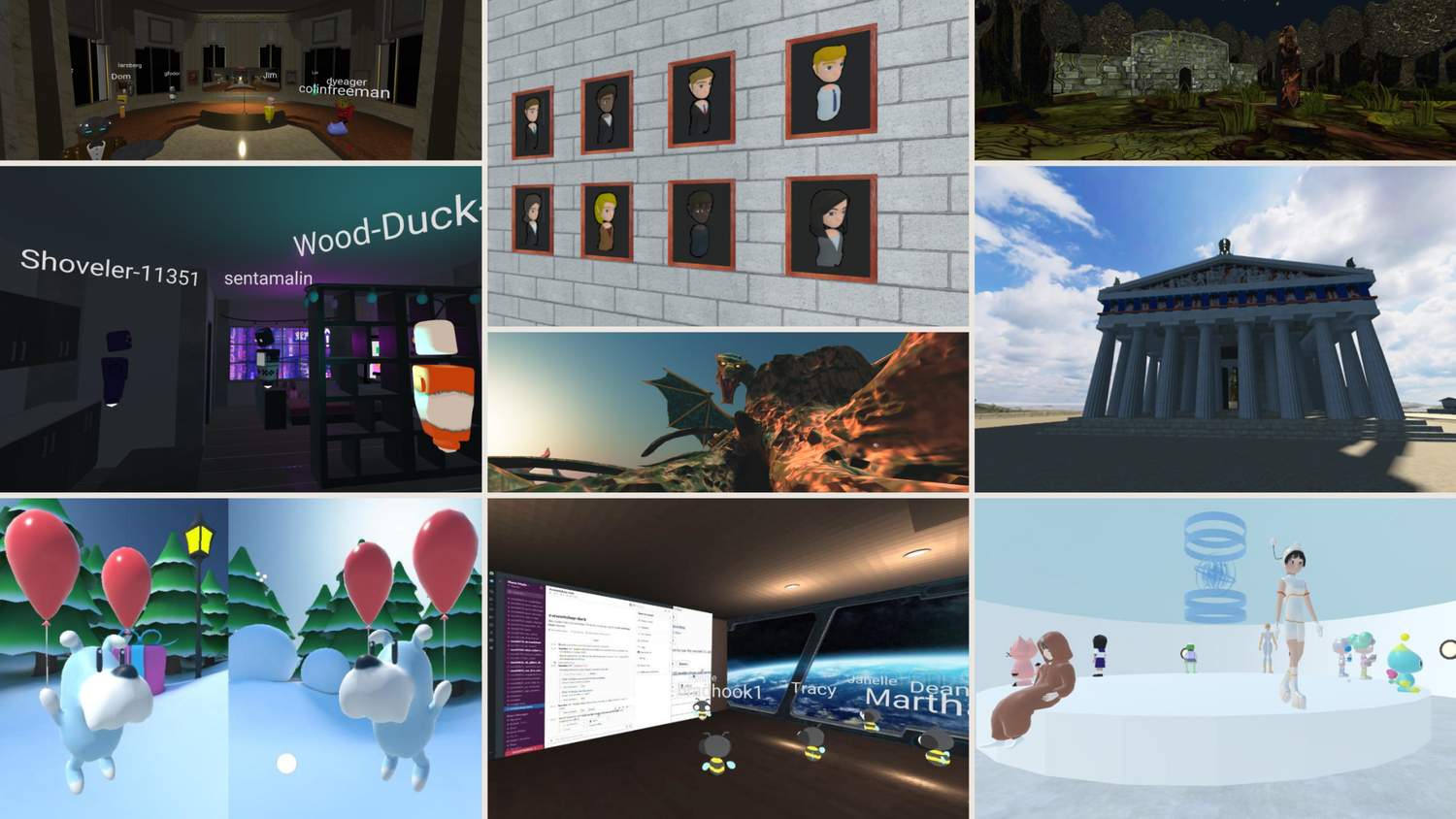 As we wrap up 2019, The Hubs team says thank you to the Mozilla Mixed Reality Community for an incredible year! We’ve been looking back and we’re excited about the key milestones that we’ve hit in our mission to make private social VR readily available to the general public. At the core of what we’re doing, our team is exploring the ways that spatial computing and shared environments can improve the ways that we connect and collaborate, and thanks to the feedback and participation of our users and community as a whole, we got to spend a lot of time this year working on new features and experiments.

Early in the year, we wanted to dive into our hypothesis that social 3D spaces could integrate into our existing platforms and tools that the team was regularly using. We launched the Hubs Discord Bot back in April, which bridged chat between the two platforms and added an optional authentication layer to restrict access to rooms created with the bot to users in a given server. Since launching the Discord bot, we’ve learned more about the behaviors and frameworks that enable healthy community development and management, and we released a series of new features that supported multiple moderators, configurable room permissions, closing rooms, and more.

One of our goals for this year was to empower users to more easily personalize their Hubs experiences by making it easy to create custom content. This work kicked off with making Spoke available as a hosted web application, so creators no longer had to download a separate application to build scenes for Hubs. We followed with new features that improved how avatars could be created, shared, remixed, and discovered, and we wrapped up the year by releasing several pre-configured asset kits for building unique environments, starting with the Spoke Architecture Kit release that also included a number of ease-of-use feature updates.

We’ve also just had a lot of fun connecting with users and growing our team and community, and we’ve learned a lot about what we’re working on and how to improve Hubs for different use cases. When we joined Twitter, we got to start interacting with a lot more of you on a regular basis and we’ve loved seeing how you’ve been using Hubs when you share your own content with us! The number of new scenes, avatars, and even public events that have been shared within our community gets us even more excited for what we think 2020 can bring.

As we look ahead into the next year, we’ll be sharing a big update in January and go in-depth with work we’ve been doing to make Hubs a more versatile platform. If you want to follow along with our roadmap, you can keep an eye on the work we have planned on GitHub and follow us on Twitter @ByHubs. Happy 2020!

For more than a year, we at Mozilla have been working to build a browser that was made to showcase the best of what you love about browsing, but tailor made for Virtual

VR was big this holiday season - the Oculus Go sales hit the Amazon #1 electronics device list on Black Friday. But in the spirit of Mozilla's Privacy Not Included guidelines, you might be wondering: what personal information is Oculus collecting while you use your device?