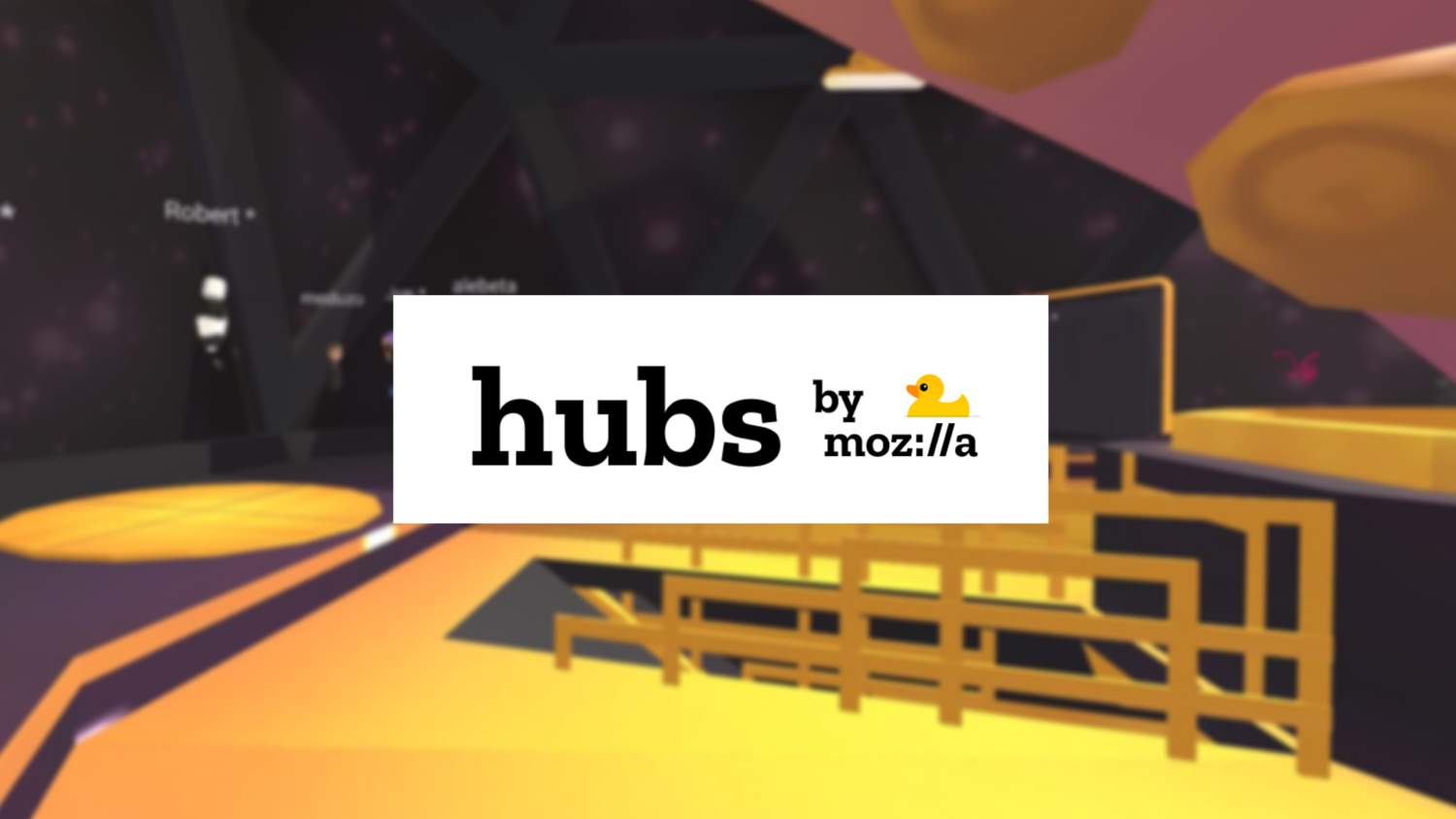 We’ve introduced new features that make it easier to moderate and share your Hubs experience. July was a busy month for the team, and we’re excited to share some updates! As the community around Hubs has grown, we’ve had the chance to see different ways that groups meet in Hubs and are excited to explore new ways that groups can choose what types of experience they want to have. Different communities have different needs for how they’re meeting in Hubs, and we think that these features are a step towards helping people get co-present together in virtual spaces in the way that works best for them.

Room-Level Permissions
It is now possible for room owners to specify which features are granted to other users in the room. This allows the owner of the room to decide if people can add media to the room, draw with the pen, pin objects, and create cameras. If you’re using Hubs for a meeting or event where there will be a larger number of attendees, this can help keep the room organized and free from distractions. 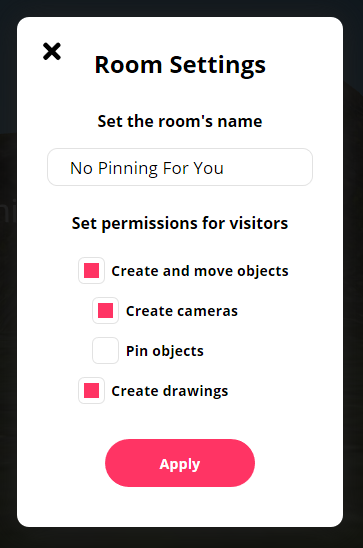 Promoting Moderators
For groups that hold larger events in Hubs, there is now the ability to promote other users in a Hubs room to also have the capabilities of the room owner. If you’ve been creating rooms using the Hubs Discord bot,you may already be familiar with rooms that have multiple owners. This feature can be especially valuable for groups that have a core set of administrators who are available in the room to help moderate and keep events running smoothly. Room owners can promote other users to moderators by opening up the user list and selecting the user from a list, then clicking ‘Promote’ on the action list. You should only promote trusted users to moderator, since they’ll have the same permissions as you do as the room owner. Users must be signed in to be promoted.

Camera Mode
Room owners can now hide the Hubs user interface by enabling camera mode, which was designed for groups that want to have a member in the room record or livestream their gathering. When in camera mode, the room owner will broadcast the view from their avatar and replace the Lobby camera, and non-essential UI elements will be hidden. The full UI can be hidden by clicking the ‘Hide All’ button, which allows for a clear, unobstructed view of what’s going on in the room.

Video Recording
The camera tool in Hubs can now be used to record videos as well as photos. When a camera is created in the room, you can toggle different recording options that can be used by using the UI on the camera itself. Like photos, videos that are taken with the in-room camera will be added to the room after they have finished capturing. Audio for videos will be recorded from the position of the avatar of the user who is recording. While recording video on a camera, users will have an indicator on their display name above their head to show that they are capturing video. The camera itself also contains a light to indicate when it is recording.

Embed Hubs Rooms
You can now embed a Hubs room directly into another web page in an iFrame. When you click the 'Share' button in a Hubs room, you can copy the embed code and paste it into the HTML on another site. Keep in mind that this means anyone who visits that page will be able to join! 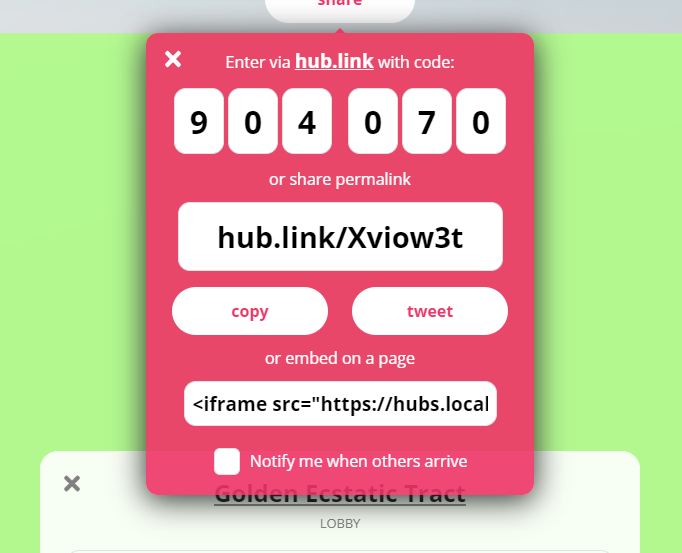 Discord Bot Notifications
If you have the Hubs Discord bot in your server and bridged to a channel, you can now set a reminder to notify you of a future event or meeting. Just type in the command !hubs notify set mm/dd/yyyy and your time zone, and the Hubs Bot will post a reminder when the time comes around.

Microphone Level Indicator
Have you ever found yourself wondering if other people in the room could hear you, or forgotten that you were muted? The microphone icon in the HUD now shows mic activity level, regardless of whether or not you have your mic muted. This is a handy little way to make sure that your microphone is picking up your audio, and a nice reminder that you’re talking while muted.

In the coming months, we will be continuing work on new features aimed at enabling communities to get together easily and effectively. We’ll also be exploring improvements to the avatar customization flow and new features for Spoke to improve the tools available to creators to build their own spaces for their Hubs rooms. To participate in the conversation about new features and join our weekly community meetups, join us on Discord using the invitation link here.

When we first started building MrEd [https://blog.mozvr.com/mred-an-experiment-in-mixed-reality-editing/] we imagined it would be done as a traditional web service. A potential user goes to a website, creates an account, then

We are excited to tell you about our experimental Mixed Reality editor, an experiment we did in the spring to explore online editing in MR stories. What’s that? You haven’t heard