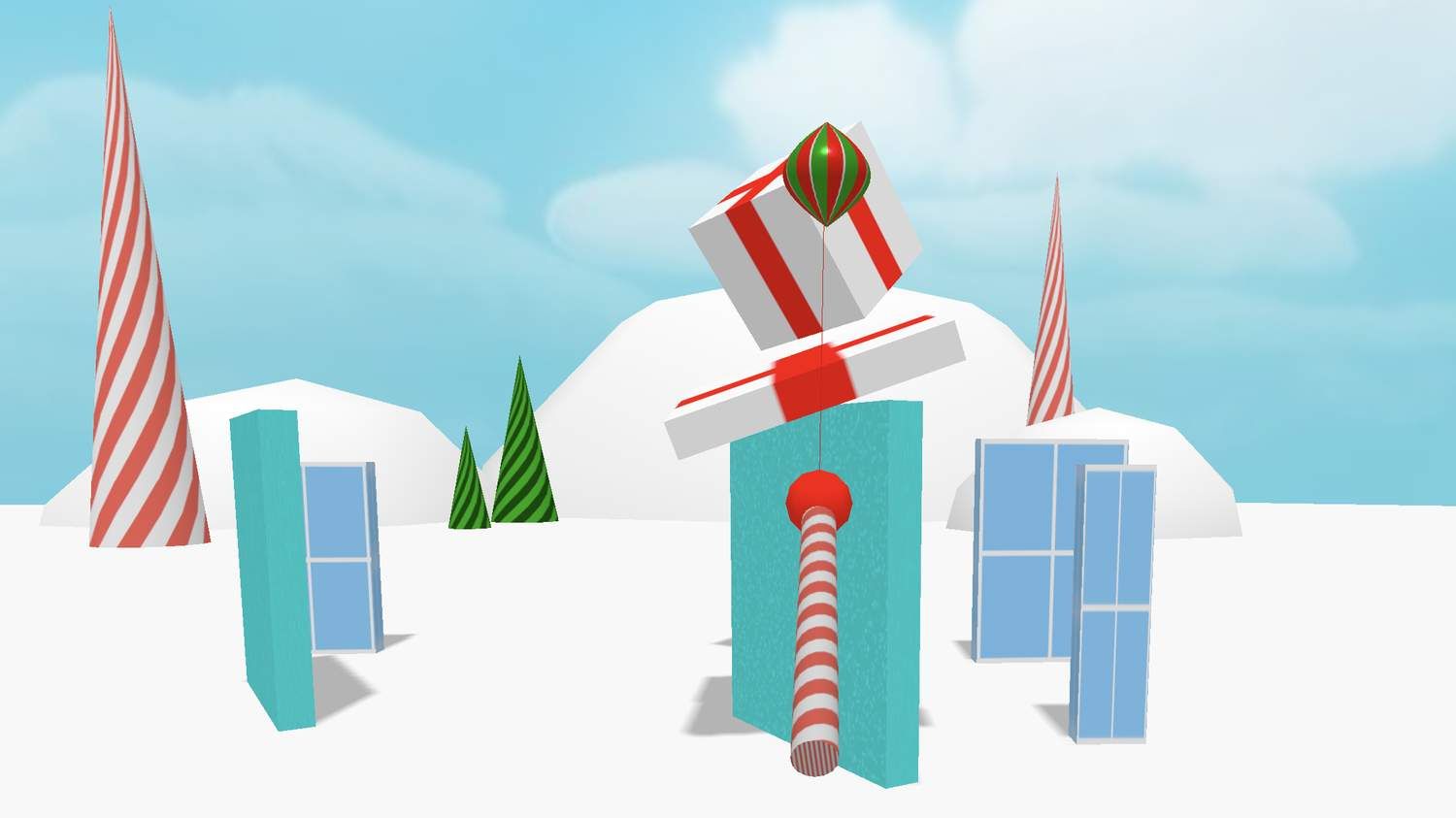 For the past few years I've made some sort of a game or digital creation to share with the world at Christmas. So of course this year I had to make a VR game. I've always wanted to explore what an Angry Birds style game would be like from a first person perspective, so I'm happy to present: Jingle Smash, a block smashing puzzler for WebVR

Just click the link above on your VR headset and start playing.

This article is part of my ongoing series of medium difficulty ThreeJS tutorials. I've long wanted something in between the intro "How to draw a cube" and "Let's fill the screen with shader madness" levels. So here it is.

Jingle Smash is fundamentally a simple game. You throw balls at blocks. Certain blocks must be knocked over or hit with enough force to smash them. When all of those blocks are smashed you move to the next level. Seems simple enough.

However, what I've learned from game design videos and tutorials is that the fun is in the journey. Why am I smashing the blocks? Do they feel and sound good when they smash? Does it have a theme? Does it have juice? These endless little decisions are what make the difference between a functioning game and a fun game.

On the other hand, eventually you have to ship. I've teased the game for the past month on Twitter, and there are still plenty of features and optimizations to implement; but the time has come to put a stake in the ground and call it one point oh. Especially since its holiday themed and Christmas is rapidly approaching.

Once the dust settles from the holidays I will post a series on how I made the game (with ThreeJS) and optimized it for mobile VR headsets. In the mean time: Please have a smashing good time!

By the way, if you are working on a cool WebVR experience that you'd like to have showcased right inside Firefox Reality, let us know.

Over the past few months I’ve been building VR demos and writing tutorial blogs. Navigation on a device with only three degrees of freedom (3dof) is tricky, So I decided to do

For the past few years I’ve made some sort of a game or digital creation to share with the world at Christmas. So of course this year I had to make a