Today, we’re happy to announce that the WebXR Viewer app is available for download on iTunes. In our recent announcement of our Mixed Reality program, we talked about some explorations we were doing to extend WebVR to include AR and MR technology. In that post, we pointed at an iOS WebXR Viewer app we had developed to allow us to experiment with these ideas on top of Apple’s ARKit. While the app is open source, we wanted to let developers experiment with web-based AR without having to build the app themselves.

The WebXR Viewer app lets you view web pages created with the webxr-polyfill Javascript library, an experimental library we created as part of our explorations. This app is not intended to be a full-fledged web browser, but rather a way to test, demonstrate and share AR experiments created with web technology.

Code written with the webxr-polyfill runs in this app, as well as Google’s experimental WebARonARCore APK on Android. We are working on supporting other AR and VR browsers, including WebVR on desktop. 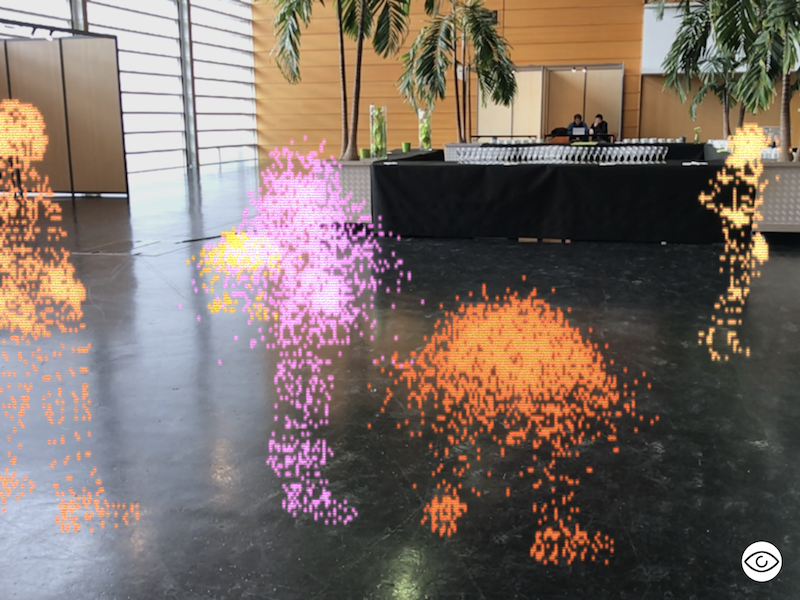 We’ve also been working on integrating the webxr-polyfill into the popular three.js graphics library and the A-Frame framework to make it easy for three.js and A-Frame developers to try out these ideas. We are actively working on these libraries and using them in our own projects; while they are works-in-progress, each contains some simple examples to help you get started with them. We welcome feedback and contributions! 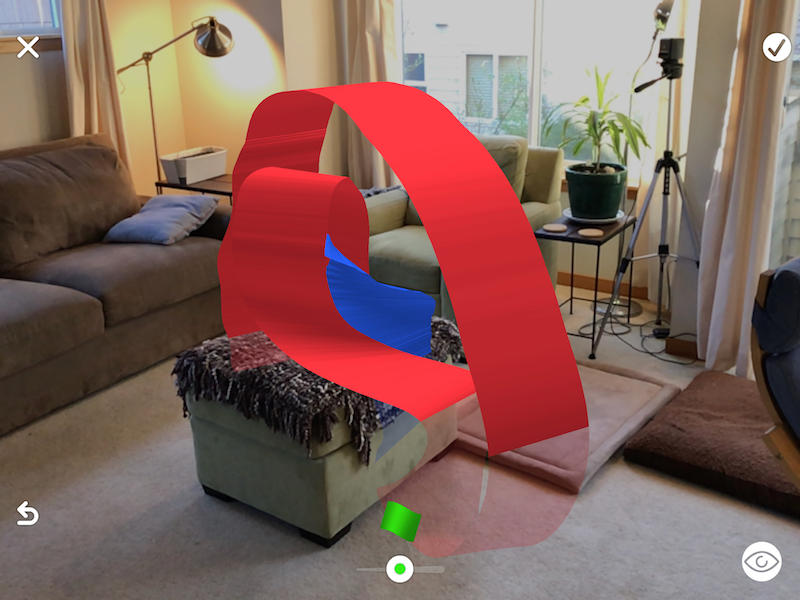 We are not the only company interested in how WebVR could be extended to support AR and MR; for example, Google released a WebAR extension to WebVR with the WebARonARCore application mentioned above, and discussions on the WebVR standards documents has been lively with these issues.

As a result, the companies developing the WebVR API (including us) recently decided to rename the WebVR 2.0 proposal to the WebXR Device API and rename the WebVR Community Group to the Immersive Web Community Group, to reflect broad agreement that AR and VR devices should be exposed through a common API. The WebXR API we created was based on WebVR2.0; we will be aligning it with the WebXR Device API as is develops and continue using it to explore ideas for exposing additional AR concepts into WebXR.

We’ve been working on this app since earlier this fall, before the WebVR community decided to move from WebVR to WebXR, and we are looking forward to continue updating the app and libraries as the WebXR Device API is developed. We will continue to use this app as a platform for our experiments with WebXR on iOS using ARKit, and welcome others (both inside and outside the Immersive Web Community Group) to work with us on the app, the javascript libraries, and demonstrations of how the web can support AR and VR moving forward.

Introduction A-Painter was the first demo we made using A-Frame. It was released more than a year ago, and it’s still one of the most popular WebVR experiences shown at meetups and

You may have found your way to this blog because Mozilla just announced a new challenge [https://challenges.mozilla.community/webvr-challenge/] with Sketchfab models, or maybe you just want a way to use