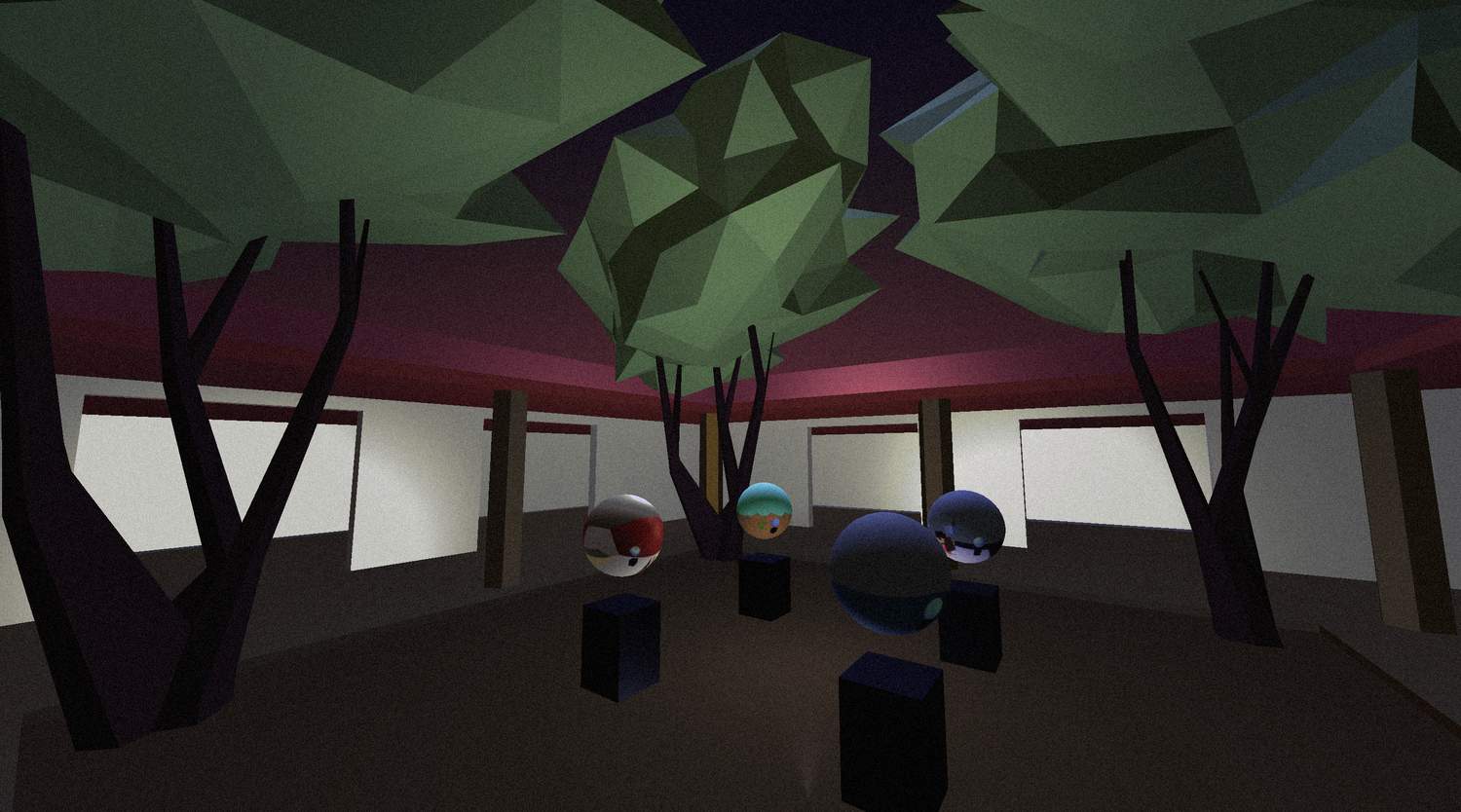 WebVR development continues to happen at a fever pace. And while much of the work has been around refining aspects of the API that define how content is rendered into headsets and managing input devices, one of the most exciting recent developments is the added ability to navigate between WebVR experiences.

The story of the Web is really the story of the hyperlink. Without the hyperlink, the Web would not exist. The elemental piece that allows for web pages to link from one to another. Enabling users to move from one interest to the next in a organic and exploratory fashion. It’s how you end up eyeballs deep in some arcane subject that you never knew you were interested in — often way too late into the evening, when you should be sound asleep. It’s why we enjoy the Web.

This is exciting stuff! WebVR content will no longer have to exist as their own siloed experiences and expand into larger interconnected experiences.

In this article, we’ll dig into how this navigation behavior works and see a basic working example.

Make no mistake; we’re still in the very early stages of what this will look like. The specification accounts for only the mechanical aspects of how you move from one experience to the next. So no <a href="…"></a> markup or blue underlined text or outlines just yet, nor have we finalized how the interaction model will work.

For now, this leaves WebVR content to freely express what a link looks like and how users interact with them. But, more about that later.

We’re not going to cover how the scene itself is built (for that, see this), but we’ll focus on the code responsible for how content navigates and how we manage the VR rendering during the navigation.

Built by developer Erica Layton, this experience uses A-Frame (three.js) with a simple gaze-based cursor, which, when targeted to a sphere and clicked, navigates the user to another WebVR scene (by setting window.location.href from JavaScript).

(Only works with Firefox for the time being, due to current user-gesture requirements in experimental Chromium WebVR builds.)

It takes about 1-3 seconds moving from page to page, during which time, the headset displays black until the next scene is loaded and begins rendering content into the headset. As an early-stage experiment, it’s a serviceable experience, considering the content that is being loaded and the pieces needed to support it (i.e., webvr-polyfill, three.js, A-Frame, etc.) all must currently load synchronously before the scene is entirely constructed, the WebGL content is rendered to a canvas, and finally the WebVR API renders the content to the VR headset.

There is still room for improvement in how VR content is displayed into the headset and performance with timing between page navigations.

We’re just starting to scratch the surface with progressive loading of content, Service Worker caching (using the Cache API), and so forth.

Let’s dig deeper and see how navigation works in WebVR: 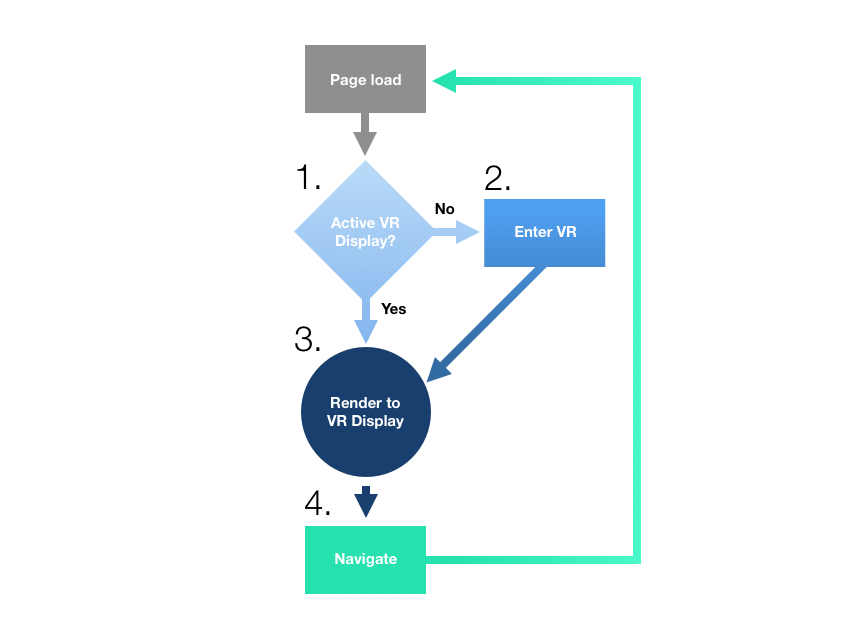 It’s worth noting that, as of this writing, the WebVR interfaces and events, including the exact mechanisms for navigation, are currently in flux. But, today, traversing links does work (i.e., automatic presentation of VR upon navigation) in Firefox Nightly, and navigation will soon work the same in a consistent manner across all WebVR-capable browsers.

Now we can change locations whilst remaining within the headset. But there are many unanswered questions that are important to consider as part of defining what the VR link would look like:

As with any early-stage API development, this work falls squarely under the highly-experimental, subject-to-change bucket. But, this is an excellent opportunity for your ideas, thoughts, and criticism to be heard. Help us shape what the future VR hyperlink will look like. File an issue, experiment, join the WebVR Slack (#hyperlinks channel) and A-Frame Slack (#hyperlinks channel), and share your experiences.

No pressure. We’re mostly here to get you excited about moving between WebVR worlds!

Here at Mozilla, the VR team has been researching, prototyping, and thinking about VR-first browser experiences and navigating between experiences for years now. It’s a huge deal. We would like to first thank Erica Layton a ton for her work in putting together the demo scenes. We would also like to acknowledge the WebVR implementers, namely Kip Gilbert (Mozilla Firefox), Brandon Jones (Google Chrome), Justin Rogers (Oculus VR), Michael Blix (Samsung WebVR & Gear VR), and Laszlo Gombos (Samsung WebVR & Gear VR) for being part of making this possible.

Stay tuned for page navigation shipping to WebVR-capable browsers near you. Stay hyper!

We are happy to announce that the first WebVR patches [https://github.com/servo/webrender/pull/603] are landing in Servo. For the impatients: You can download a highly experimental Servo binary [https:

Want to jump right to it? Try the demos [https://fernandojsg.github.io/aframe-teleport-controls]! Make sure you have a WebVR-enabled browser [https://webvr.info/get-chrome/]. In Chromium, enable the flags for chrome://flags/