Last time we made particles which do all of the work on the CPU side. While the CPU is probably fast enough to make this work, the time it takes to transfer the data into the graphics processor makes this less than ideal. Let’s solve it.

If we want the GPU to do all of the work then we have to deal with two issues:

To handle this we should be able to calculate the position of a particle at any point in time based only on the current time, the start position, and any other starting conditions. In other words we need a pure function. An equation which returns a result based only on its inputs. Let’s update the previous version to work like that.

You may remember from high school physics that the equation for acceleration is d = v0*t + 1/2*a*t ^2.

If d, v0, and a are all three element vectors then we can express it like this:

Now we can change the update equation from this:

Of course we still have the problem that we are sending position updates to the GPU on every frame. What we must do now is perform this calculation in the vertex shader on the GPU instead of on the CPU.

That means we must first send the initial velocity, initial acceleration, and initial position to the shader as custom attributes. Here’s what that looks like:

Before we go on let’s review what’s going on up there.

A 3D object in ThreeJS is composed of two things: geometry and material. The geometry is the pure positions of each point in the shape. Before we have always used pre-made geometry like spheres and cubes. Now we are using a plain empty geometry and filling it with data.

Underneath Geometry is an array of data that is sent to the GPU, with one element per vertex. These arrays are called attributes. You can have multiple arrays for things like position, velocity, acceleration, color, or anything else you want. All of this data is sent when we load up the shader the first time.

The shaders are little bits of code that run inside the GPU. They are written in a special language called GLSL. Below are the vertex and fragment shaders we need:

The vertex shader is run for each point. Using the same equation we previously had, it calculates a final position for each point based on the initial position, velocity, and acceleration. Notice how the vertex shader has an attribute declared for velocity and acceleration. Those are the same attributes we put into the data arrays earlier. We don’t have to declare position as an attribute only because ThreeJS has already done that for us.

The fragment shader is run for each pixel. Right now it simply sets the color to green.

Since all of the data is set up front, the rendering loop just needs to update the time.

Now we have the information to easily calculate the position of each particle at any point in time on the GPU using only the current time as the input. This will let us use thousands and even tens of thousands of particles, even on mobile GPUs. 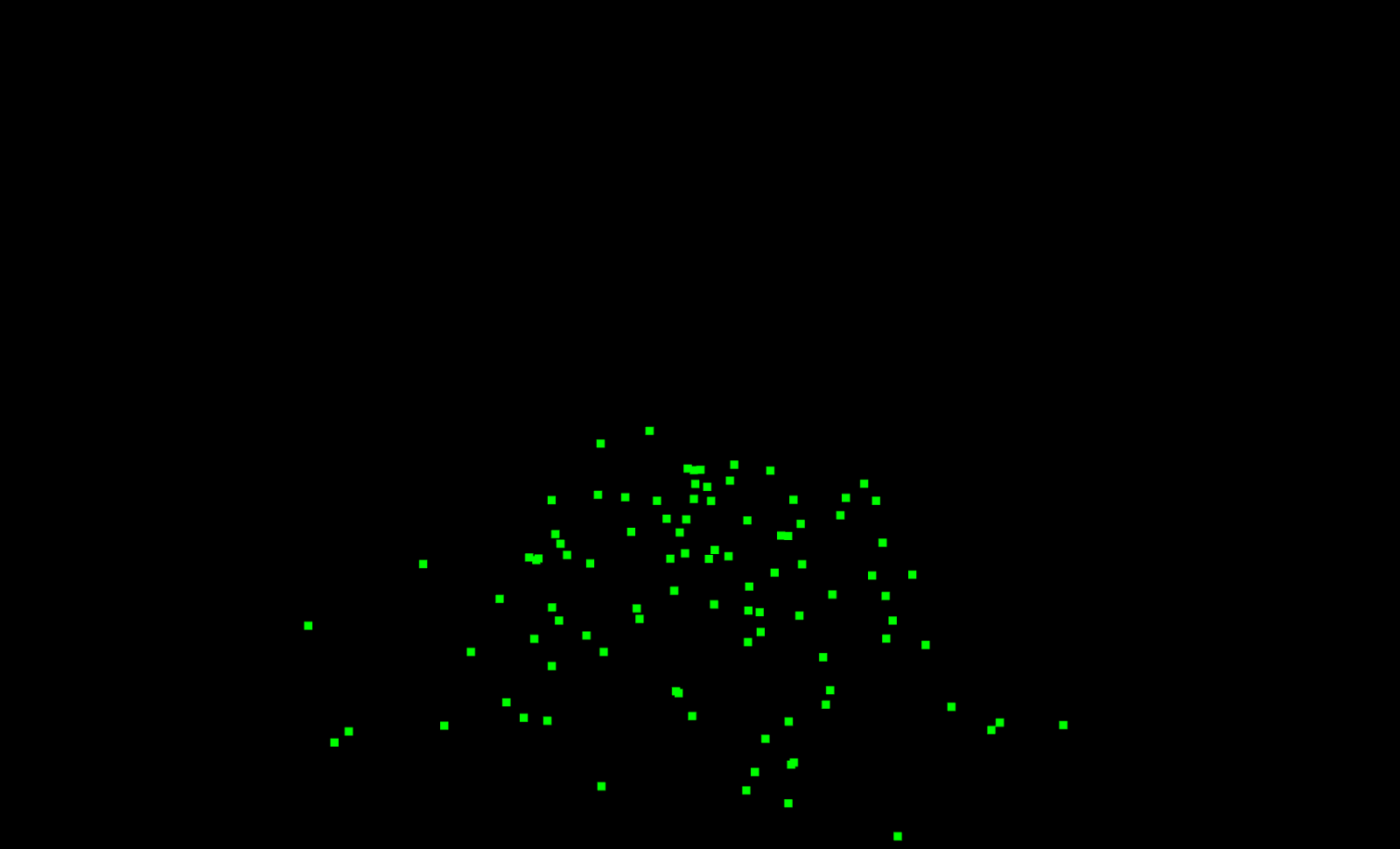 There are still a few problems, though.

Doing all of this is what the ThreeJS example GPUParticles.js does, however it’s still confusing to dig through. Next time we will look at a simplified version that does particle recycling and is completely extendable.

Last time we figured out how to do all of the math on the GPU using only time as a per/frame input. This is great but introduces some challenges. Today we will

Hubs by Mozilla lets people meet in a shared 360-environment using just their browser. Hubs works on any device from head-mounted displays like HTC Vive to 2D devices like laptops and mobile phones.