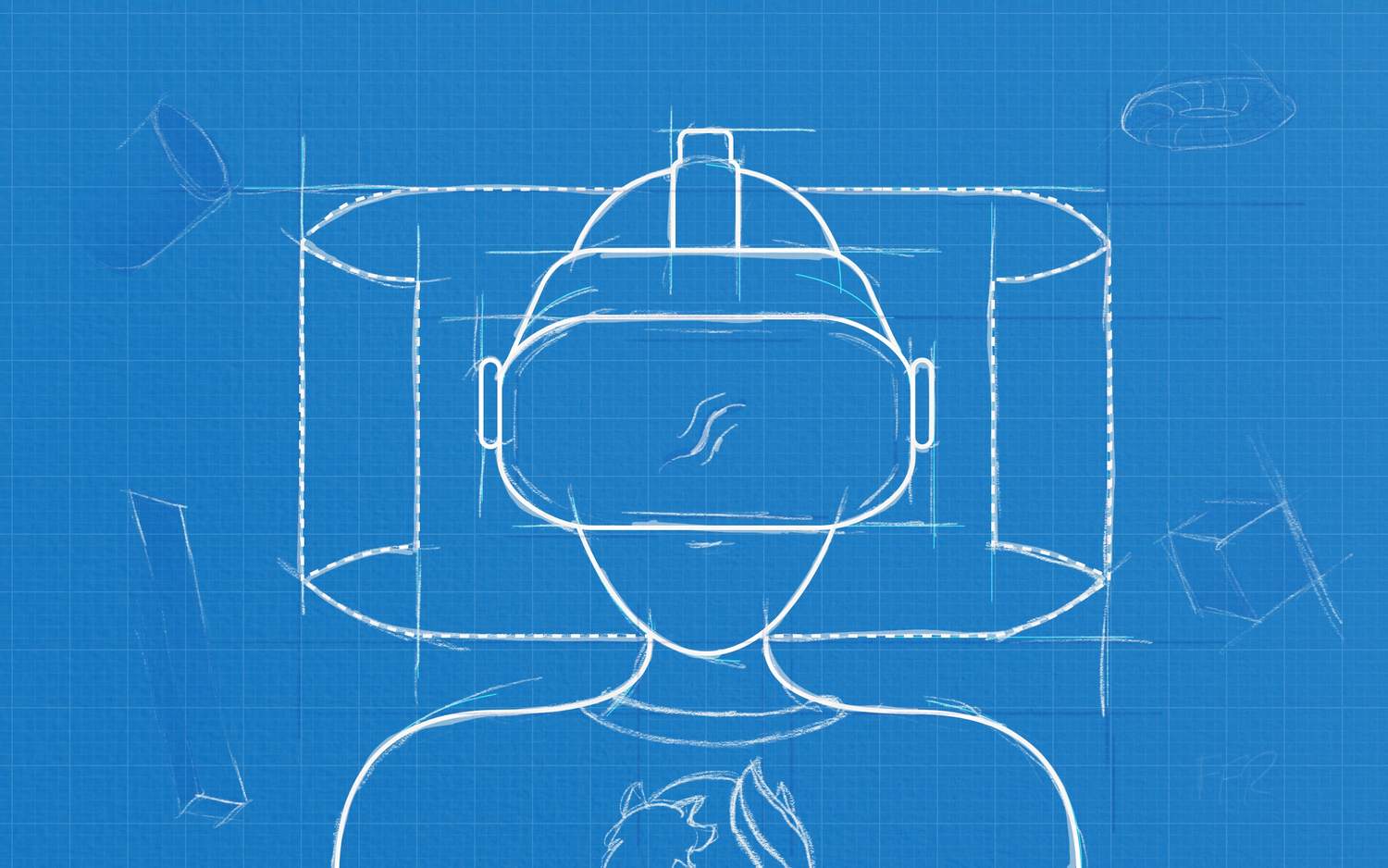 In this Q&A, independent UX designer and creative catalyst Nadja Haldimann talks about how she approached working with Mozilla on the new Firefox Reality browser for virtual reality (VR). Before launch, Nadja and Mozilla’s Mixed Reality team worked with Seattle-based BlinkUX to do user testing. Here’s what they learned, and the solutions they found, to create a web browser that people can use strapped to their faces.

How difficult is it to design for an immersive, 3D environment, compared to 2D software?
It’s not necessarily more difficult – all the same design principles still apply – but it is quite different. One of the things that you have to account for is how the user perceives space in a headset – it seems huge. So instead of designing for a rectangular window inside a rectangular display, you’re suspending a window in what looks to be a very large room. The difficulty there is that people want to fill that room with a dozen browser windows, and maybe have a YouTube video, baseball game or stock ticker running in the background. But in reality, we only have these 2-inch screens to work with, one for each eye, and the pixels of just half a cell phone screen. But the perception is it’s 1,000 times bigger than a desktop. They think they’re in a movie theater.

OK, so here you have this massive 3D space. You can put anything in there you want. What did you create?
That was a really big question for us: what is the first thing people see when they open the browser? We built two things for the Firefox Reality home page. First, we worked with digital artists to create scenes users could choose as the background, because, just like on a 2D desktop browser, we found people want to customize their browser window with themes and images that mean something to them. The goal was to create environments that were grounding and inviting, especially for people who might be experiencing an immersive environment for the first time. 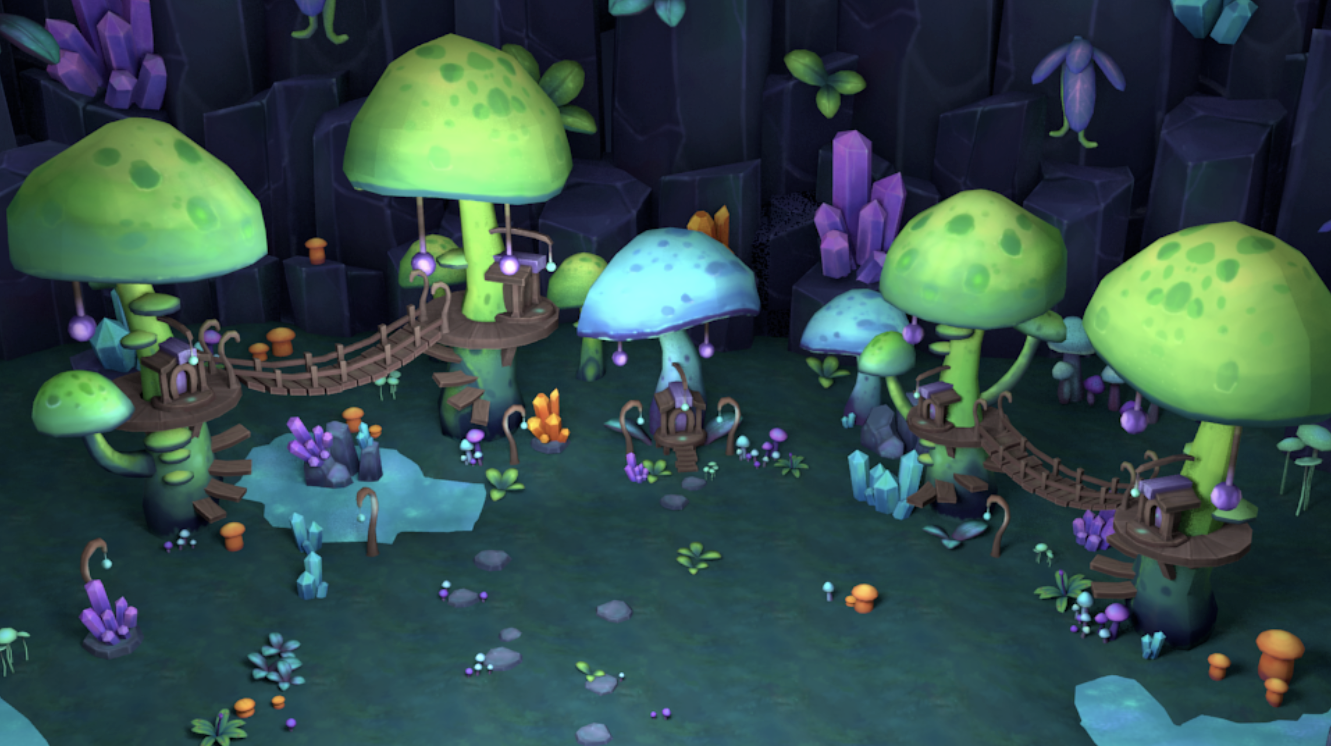 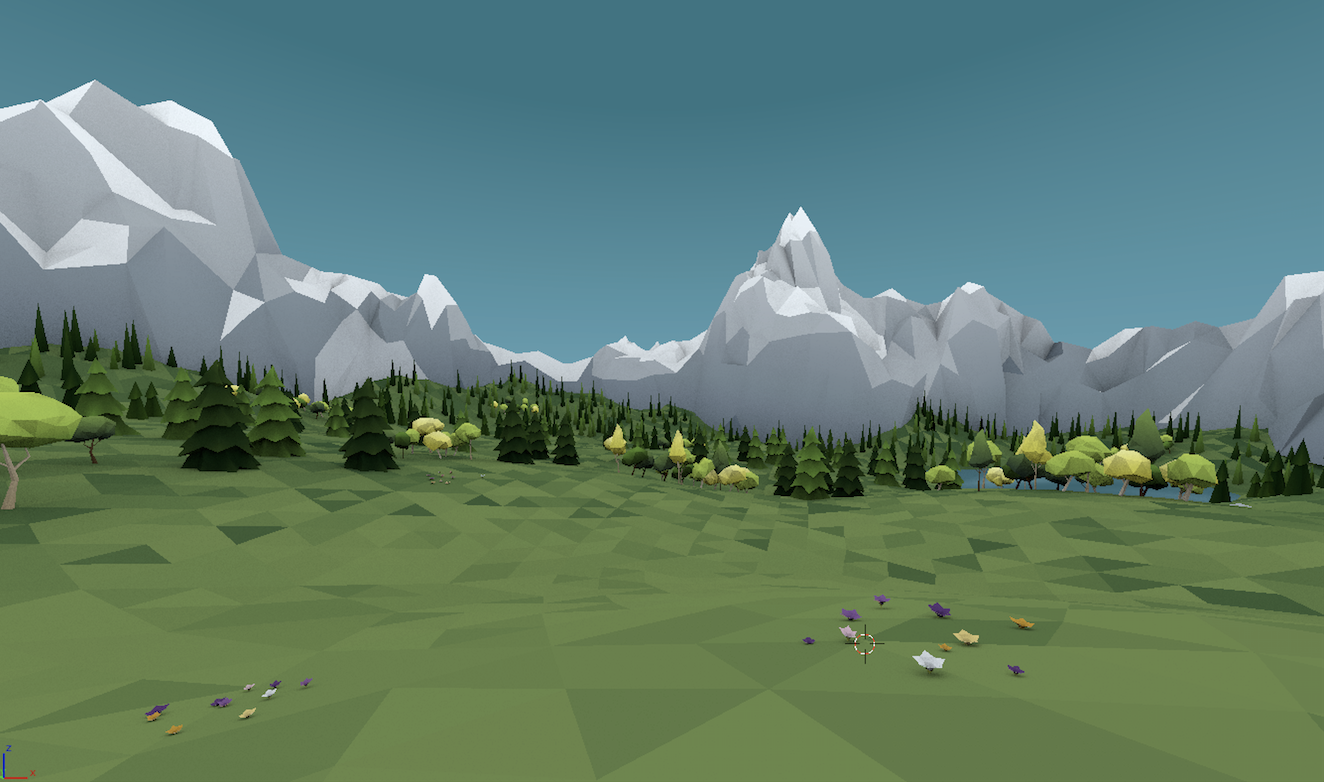 Second, we created a content feed to help people find great new 3D experiences on the web. Immersive media is just getting off the ground, so content is somewhat limited today but growing quickly. The content feed showcases quality, family-friendly content that supports the WebVR API, so it’s easy to view on multiple devices. What kinds of limitations or challenges did you run into while designing the browser’s UI?
In VR, the most important thing is to make the user comfortable. In the past, a significant number of people have had trouble with nausea and motion sickness — and women are more susceptible, according to research. You can avoid that by delivering a smooth, responsive experience, where the display can render the content very, very quickly. The best experience is one where the user actually forgets they’re in a VR environment. They’re happy spending time there and they want to keep exploring.

The first problem we ran into was that people felt like they were floating above the floor. Part of that was because we had the camera height set to 5’ 6”, which is roughly the height of an adult standing up. But in user testing, people were sitting down. So there was a disconnect between what people were seeing in the headset and where they knew their physical bodies to be. The other part was that we were using colors to indicate floor, without enough texture. It’s textures that let our brains identify distance in VR. We created low poly environments with limited textures, so people could perceive the floor, and that helped people feel more comfortable in the environment.

Another surprise was how people perceive an app window size in the immersive environment. In 2D, people talk about making a window “smaller” or “bigger”, and everyone knows how to change that. In 3D, users were more likely to say they wanted to put a window “farther away” or “bring it closer”. It’s the same fix, design-wise: you just give people a way to resize the window. But it’s interesting how differently people relate to objects in 3D. It’s a more tactile, interactive mindset.

Who were you designing this browser for?
That’s a good question because, in the beginning, we didn’t know exactly. The Firefox Reality browser is one of the first standalone VR browsers that lets people surf the 3D web, and it is built to work with newer standalone headsets that are super-affordable and wireless, devices like the Oculus Go, HTC VIVE Focus, and Lenovo Mirage Solo (Google Daydream). So it’s a pretty new market.

Based on business and personal use cases, we came up with personas, most of which were familiar with VR and 3D already: Gamers, architects, students, business travelers, and grandparents. But really the market for this product is extremely wide. We expect that VR will create a new genre of media that I believe will become a new standard. And our testing bore that out: People were interested in watching video in VR, with friends, in a theater-like setting, so it’s interactive. One person was excited to watch in bed, because it was easier to stare straight up to the ceiling with his headset on than it was to mess around with a laptop. 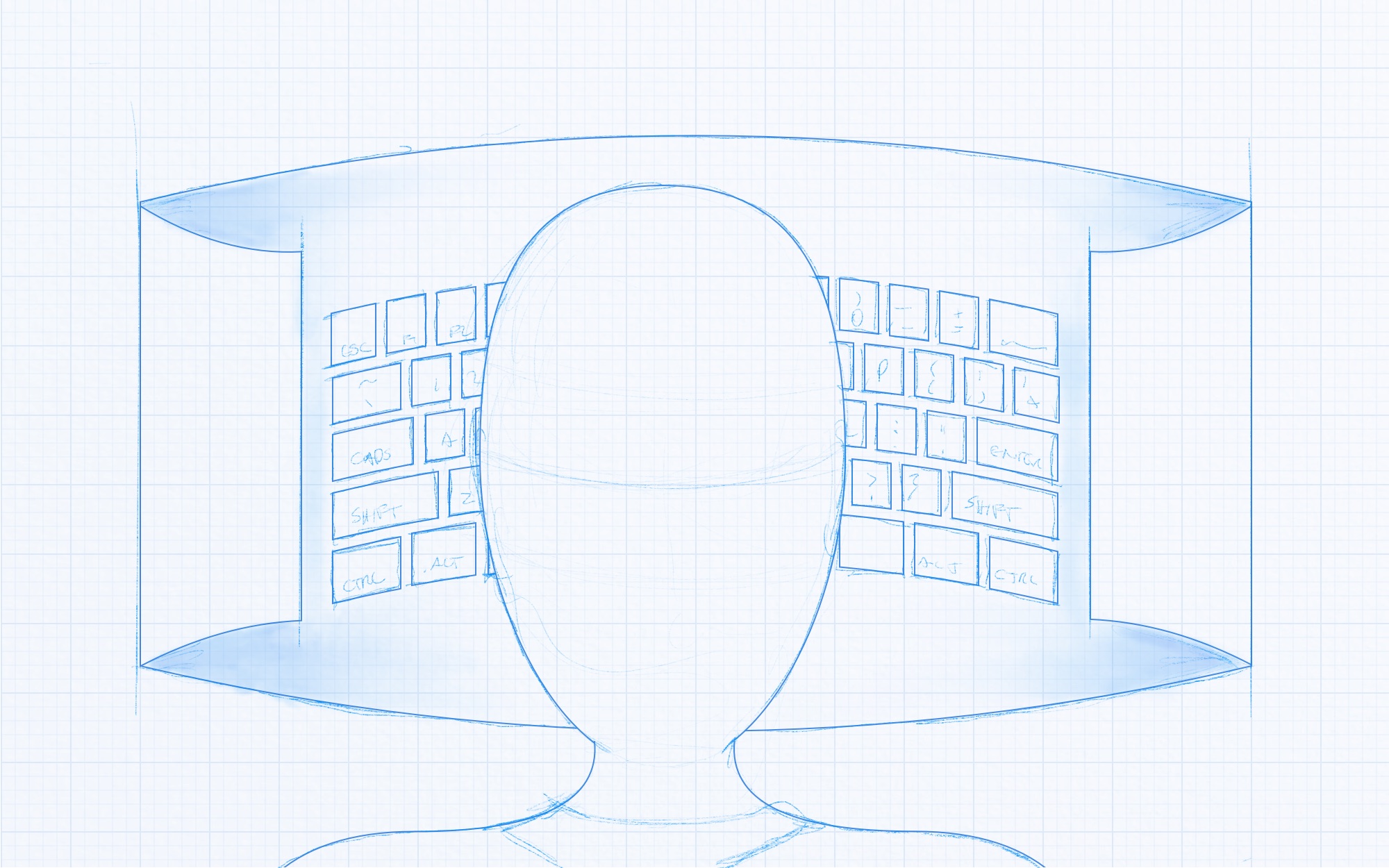 What was the biggest design surprise?
We ran into a lot of issues with having a virtual keyboard in the interface. People complained that the keyboard was too wide and it was awkward to select the letters. It was too difficult to find special characters like umlauts.

We made a bunch of tweaks so the virtual keyboard was easier to use. We also accelerated our timeline for voice input. In the initial release, we added a microphone icon to the URL bar so the user can click on that and talk to the browser, instead of typing in a search query.

What else did you learn from user testing?
People brought up privacy. Could we add profiles, like Netflix has? Can they save programs for later viewing? Could they have a guest account? Also there’s a need to have parental controls, because adult content is a big interest in VR. VR content is still quite limited, but people are already thinking about how to manage access to it in their homes. 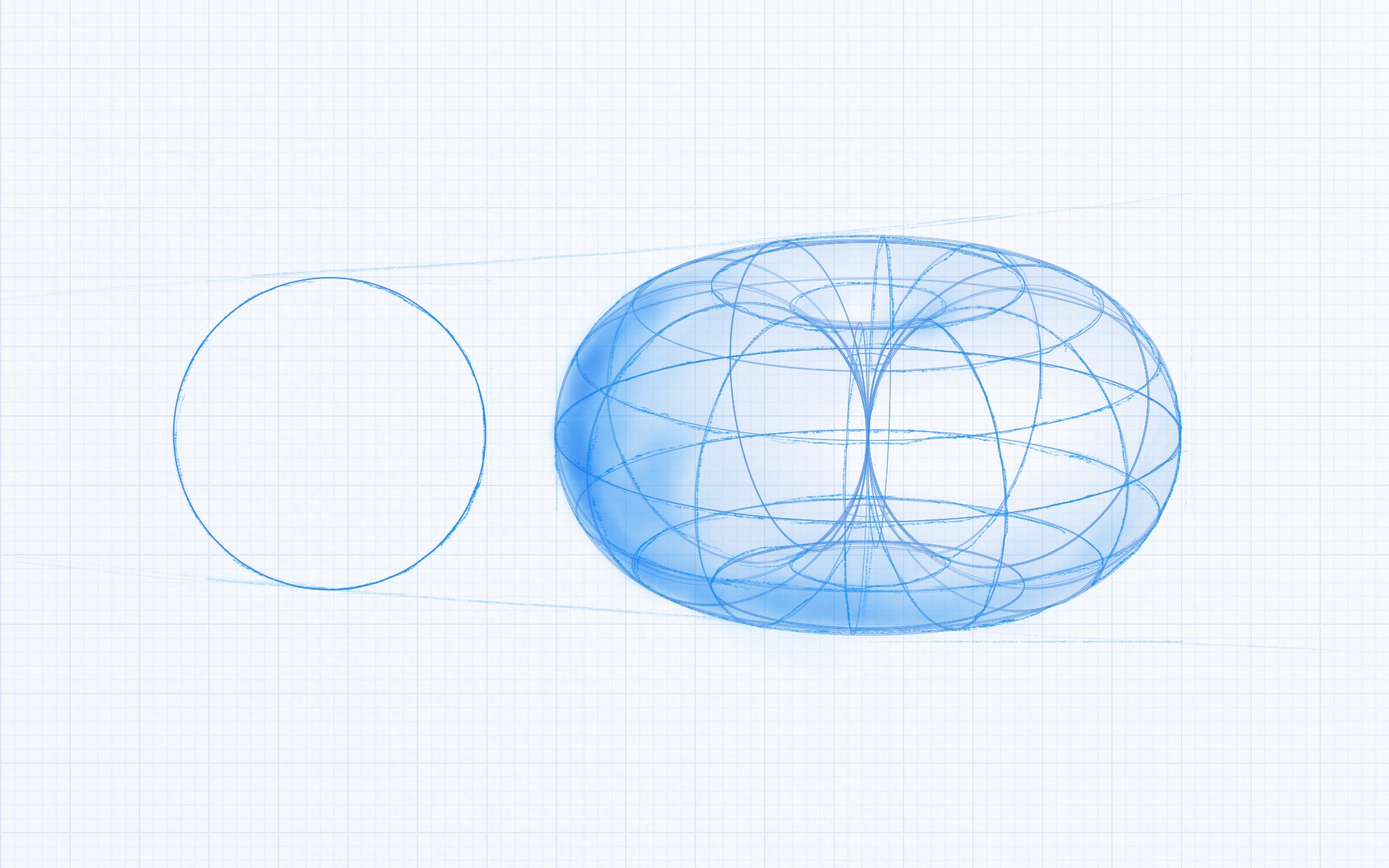 What design tools did you use to create a 3D UI?
We’re designers, not programmers and short of learning Unity which has a steep learning curve, we needed to find some in-VR design tools that allowed us to import 2D and 3D objects and place them in space. The design tools for 2D, like Adobe Illustrator, Photoshop, Sketch, and InVision, don’t work for 3D, and there are only a few immersive 3D design tools out there today. We tried Google Blocks, Gravity Sketch, and Tvori before landing on Sketchbox. It’s an early-stage in-VR design tool with just enough functionality to help us get a feel for size, distance, and spacing. It also helped us communicate those coordinates to our software engineers.

What’s next?
We’re now working on adding multi-window support, so people can multitask in a VR browser the same way they do in desktop browsers today. We’re also planning to create a Theater Video setting, to give people an option to watch movies in a theater mode that’s a bigger screen in a large dark room. So it’ll be a lot like a physical movie theater, but in a VR headset. In the next 1.1 release, we’re planning to add support for 360-degree movies, bookmarks, repositioning the browser window, and exploring additional voice input options as well as early design work for augmented reality devices. It’s a work in progress!

Clouds are similar to the procedural trees that we created last time. The difference is that we can’t just add some cloud shaped objects together. Instead we will merge several spheres and

I’m not a 3d artist. I don’t know how to use Blender or Maya. Instead I create 3D shapes with code. Making geometry from scratch is fairly hard though. You have