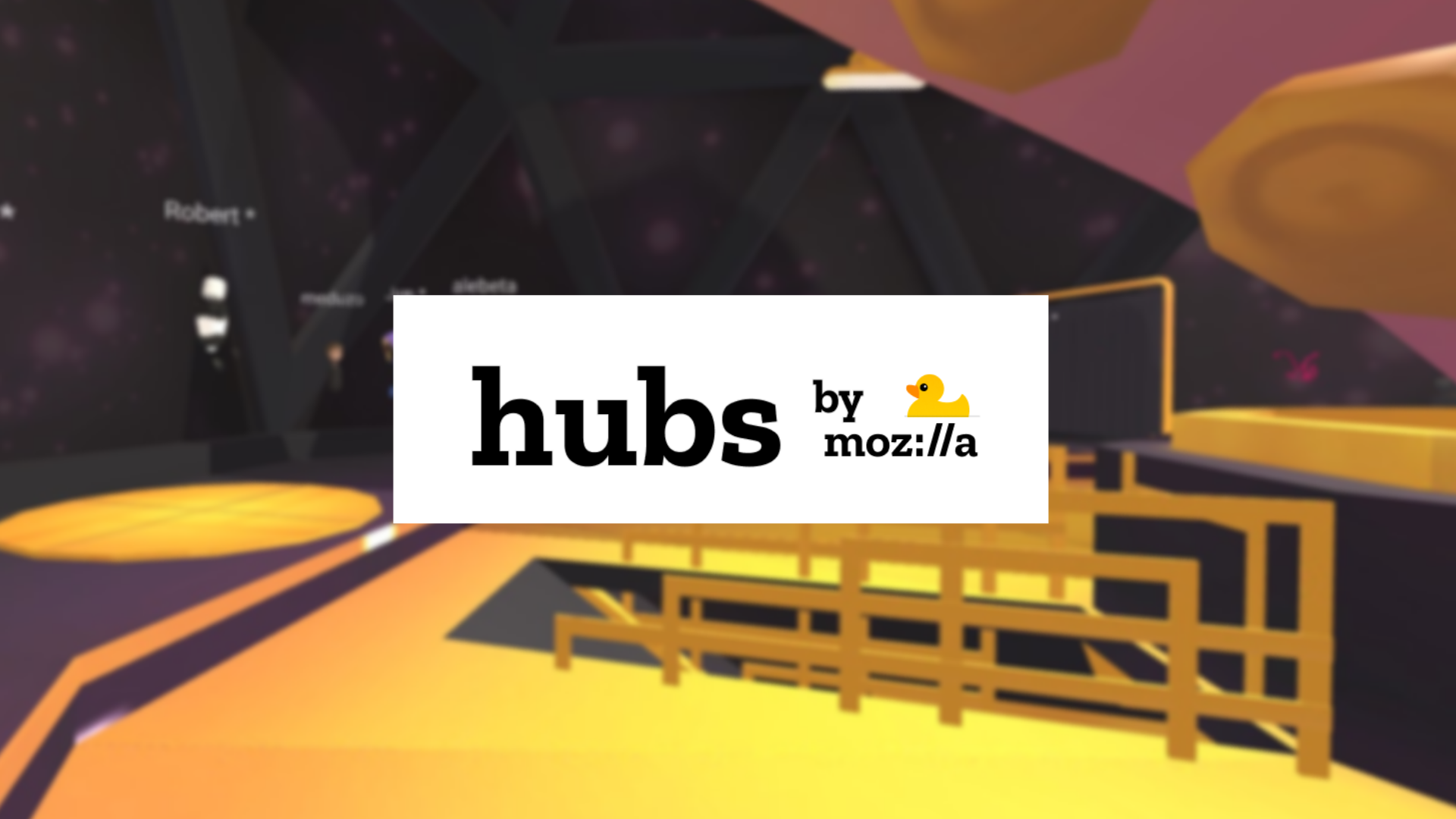 We’re excited to share that Hubs is now available on Quest, the new standalone VR headset from Oculus. Because Hubs is web-based, there are no applications to install or limits on cross-platform compatibility. Simply invite people to join your rooms in VR, on a desktop, or with a phone at any time. Launch a browser on the Quest and go to hubs.mozilla.com to create a room, then invite people to join you by sending them the invite link or room code!

Standalone headsets like the Oculus Quest represent exciting new advancements in the systems that we have available for consumer VR technology. Untethered devices with tracking capabilities built into the headset allow for more freedom of movement around a space and more natural interactions within an environment.

At Mozilla, we're committed to supporting a rich, open ecosystem of online content that can be accessed by any device. This is one of the reasons that the immersive web is so powerful - like traditional websites, applications like Hubs can be accessed through browsers with a single URL on new devices without being limited to store requirements. By developing Hubs for the web, we’re able to iterate and deploy changes quickly, which allows us to get new features and bug fixes out quickly and often. It also means our users can be together in the same room on the Quest, PC, and smartphones as well.

We're excited by the opportunities that are enabled by an immersive, creative web where anyone can launch mixed reality experiences. For virtual reality to succeed, applications and experiences need to be designed for everyone in mind, and not separate communities based on their hardware preferences. We think it’s important that Hubs exists as a social VR platform that works across the different device families that you use to communicate, regardless of the platform.

There are a lot of misconceptions about what the immersive web is capable of, but it does a lot of important things really well. It keeps control of the experiences in the users’ hands and prioritizes accessibility over platform-exclusive features. It gives developers the ability to deliver their experiences across devices without the restrictions that come from publishing to app stores, and it’s born from a decades old community built around standards and openness, which we think is critical to the success of mixed reality.

If you’re a creator or developer interested in learning more about how we’re building virtual reality experiences for the web, join the Hubs Community meetup on Fridays at 11:30am PDT (UTC -7) to hear more from the team about the foundations of how (and why) we’re committed to bringing social VR to the browser. Jump into our Hubs discord server and keep an eye on the #meetup channel to participate!

Hubs is an open-source project by Mozilla to explore how social virtual worlds can be used for collaboration and communication. You can explore Hubs today at hubs.mozilla.com or view the source code at github.com/mozilla/hubs.

We are excited to announce that Firefox Reality is now available for the Oculus Quest! Following our releases for other 6DoF headsets including the HTC Vive Focus Plus and Lenovo Mirage, we are

Second only to watching video, most of the time people spend on computing devices today involves reading text and looking at vector graphics in the toolbars and user interfaces of programs. Over the