This summer I am very lucky to join the Hubs by Mozilla as a technical artist intern. Over the 12 weeks that I was at Mozilla, I worked on two different projects.
My first project is about particle systems, the thing that I always have great interest in. I was developing the particle system feature for Spoke, the 3D editor which you can easily create a 3D scene and publish to Hubs.

Particle systems are a technique that has been used in a wide range of game physics, motion graphics and computer graphics related fields. They are usually composed of a large number of small sprites or other objects to simulate some chaotic system or natural phenomena. Particles can make a huge impact on the visual result of an application and in virtual and augmented reality, it can deepen the immersive feeling greatly.

By changing the particle count and the emitter size, users can easily customize a particle system for different uses, like to create falling snow in a wintry scene or add a small water splash to a fountain.

Changing the number of particles from 100 to 200

You can also change the opacities and the colors of the particles. The actual color and opacity values are interpolated between start, middle and end colors/opacities.

And for the main visuals, we can change the sprites to the image we want by using a URL to an image, or choosing from your local assets.

What does a particle’s life cycle look like? Let’s take a look at this chart:

Every particle also has velocity properties across the x, y and x axis. By adjusting the velocity in three dimensions, users can have a better control on particles’ behaviours. For example, simulation gravity or wind that kind of simple phenomena.

With angular velocity, you can also control on the rotation of the particle system to have a more natural and dynamic result.

The velocity, color and size properties all have the option to use different interpolation functions between their start, middle and end stages.

The particle system is officially out on Spoke, so go try it out and let us know what you think!

My other project is about the avatar emoji display screen on Hubs. I did the design of the emojis images, UI/UX design and the actual implementation of this feature. It’s actually a straightforward project: I needed to figure out the style of the emoji display on the chest screen, some graphics design on the interface level, make decisions on the interaction flow and implement it in Hubs.

Evolution of the display emoji design.

We ultimately decided to have the smooth edge emoji with some bloom effect.

When you enter pause mode on Hubs, the emoji box will show up, replacing the chat box, and you can change your avatar’s screen to one of the emojis offered.

I want to say thank you to Hubs for having me this summer. I learned a lot from all the talented people in Hubs, especially Robert, Jim, Brian and Greg who helped me a lot to overcome the difficulties I came across. The encouragement and support from the team is the best thing I got this summer. Miss you guys already! 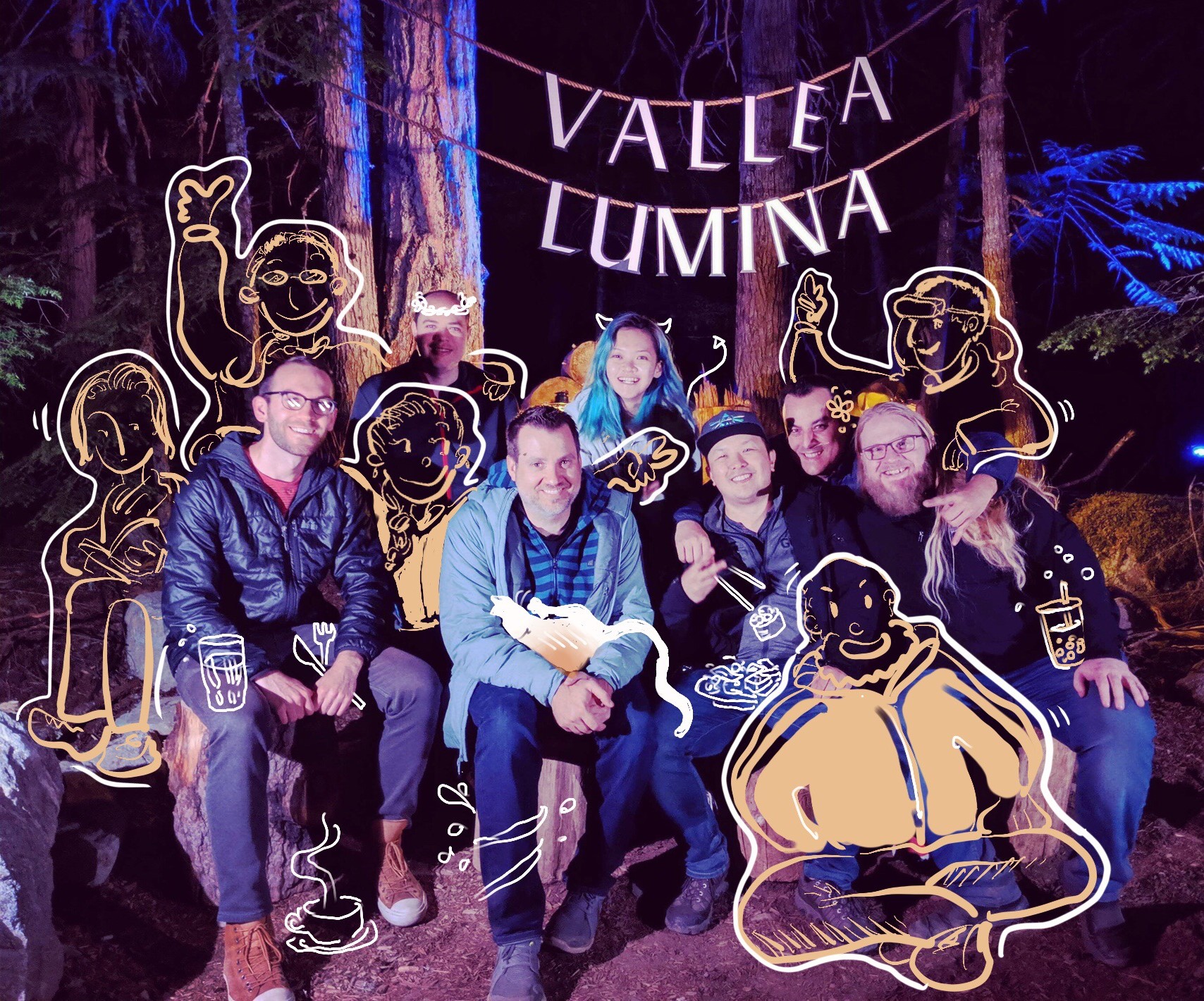 We are happy to introduce the first set of custom elements for the immersive web we have been working on:

When we first started building MrEd [https://blog.mozvr.com/mred-an-experiment-in-mixed-reality-editing/] we imagined it would be done as a traditional web service. A potential user goes to a website, creates an account, then